Recently, with the gradual stabilization of the Novel Coronavirus Pneumonia, Styrofoam recycling is starting to get hot again. During the outbreak, due to the inconvenience of going out, much domestic waste such as take-out and express packaging was often produced at home, and waste Styrofoam accounted for a large proportion. "In the past, most of the recyclable garbage was dragged by cleaners to the waste trading station for sale. It was not very expensive but very troublesome," Residents said Since Shanghai has the channel of two networks integration, the enthusiasm of residents for sorting recyclable garbage has been mobilized, and the effect of Styrofoam recycling has been greatly improved. 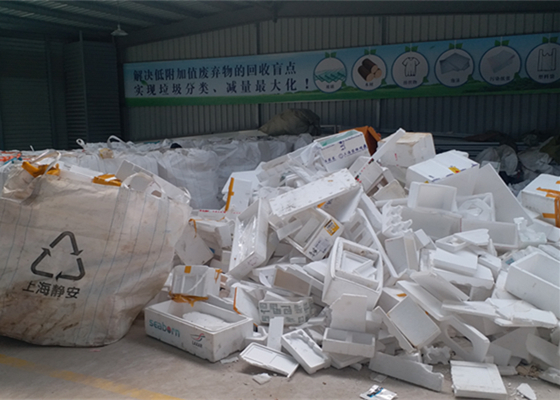 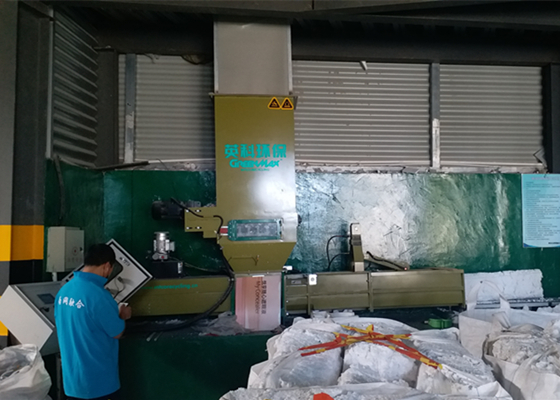 "In the past, the waste classification network and the renewable resource recycling network were two networks, which were handled by two different departments and channels respectively, resulting in the situation of “Take advantage of the big but not the small profits”. The convergence of the two networks is to integrate the channels of classification and recycling, so as to achieve "Take advantage of both the big and small profits". Moreover, with the help of the GREENMAX Styrofoam Compactor, the recycling mode of the two networks has been further promoted.

This year, Shanghai is expected to set up 1000 waste transfer stations to transport recyclable waste such as waste paper and waste plastic foam in the community to the transfer stations for centralized packaging, centralized disposal, and sale of waste resources, and let more residents participate in the two networks integration recycling system. 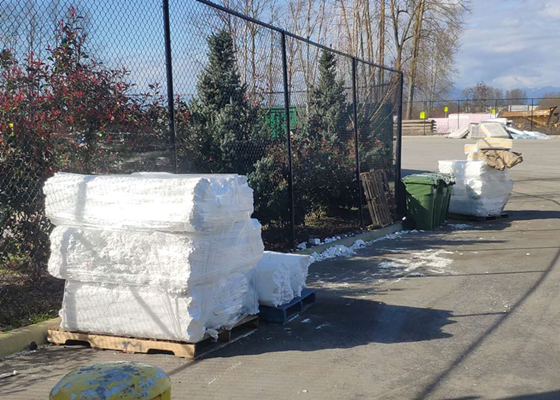 Take the waste Styrofoam, for example, many collectors are reluctant to accept the waste Styrofoam for the reason that the density is too light to occupy the place and the value of this Styrofoam is too low. After the establishment of the channel of two network integration, the community recycling station will classify the Styrofoam waste, and then send it to the transfer station for compressing and packing. This year, Shanghai ZhongQi Environment Technology Inc has invested in 5 transfer stations, and each will put one unit of GREENMAX Styrofoam Compactor for the recycling of waste Styrofoam. The compressed Styrofoam block is sold to INTCO Recycling to make building materials and photo frames, so as to form a closed loop.