If you buy a coffee maker, a television, even some furniture, there will leave a lot of packaging materials in the trash cans that are filled up with waste Styrofoam. But it’s too bad you can’t put it in the recycling bin. Waste Styrofoam needs to be recycled professionally rather than being thrown with other trash. For those who have environmental awareness, what they can do is storing it in the storage house. Government workers in Lake Zurich are aware of the problem and have launched a pilot program for Styrofoam. 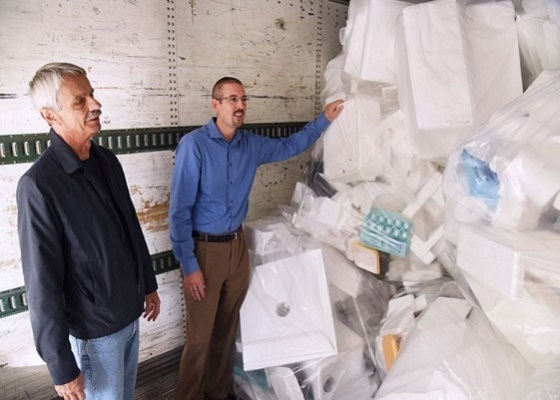 Marc Spacon, the village trustee, has tried to cut up his own waste boxes or plates of Styrofoam in his home. He found that it’s too hard to collect and deal with Styrofoam individually. As the village trustee has said, he is always thinking about how to grow more environmentally. After having read the related news, he recommends village try out Styrofoam recycling. In Lake County, the second recycling site is built up with the help of a village manager. Early in 2015, the first recycling site has set a good example: according to the Highland Park Recycling Site's website, more than 8,150 pounds of Styrofoam have been collected since the station opened, which is the equivalent of 920,000 16-ounce foam coffee cups. 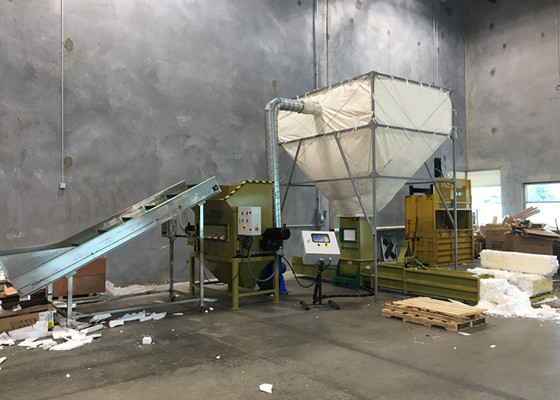 To achieve Styrofoam recycling, Lake Zurich partnered with Pactiv Evergreen and Dart Container Corp. Every day during the fixed time, the storage container which is provided by Pactiv will open to accept Styrofoam. Once the container machine is filled up, Dart then takes the material to the recycling center in North Aurora, where some Styrofoam is removed from some of the dirt and compacted for recycling, for example, for photo frames or pen materials. It is remarkable that no matter residents or villages, communities do not need to pay for the recycling process. This will also encourage people to collect their waste Styrofoam. Recycled Styrofoam may not be used for food containers again, but it can be applied to lawn furniture, window frames, roofing materials, pens, hangers, and more packaging materials.

Importantly, the recycling machine is also vital in the process of recycling Styrofoam. INTCO Recycling can supply several series of GREENMAX Styrofoam compactors for recyclers. As a recycling specialist, INTCO provides an integrated manner. With the right kind of publicity, Styrofoam may one day be treated like newspapers, cardboard… If other municipalities and counties follow Lake Zurich's example, it will be a great environmentally friendly service.